3. Workspaces
Choose a view that works for you with a variety of selectable layouts for User Interface and Multiview monitor displays.

4. Live Streaming
Launch live streaming video of your show to the Web with simultaneous archive, at the touch of a button. TriCaster 460 includes presets for the most common streaming profiles, in resolutions up to 720p, with support for custom multi-bitrate stream profiles.

5. Grab
The unique view from every angle is up for grabs. Snap photos from inputs, buffers and outputs, simultaneously; build a collection of HD still images to post to social media sites, or use during the show.

8. Cameras
Connect up to 4 live cameras or video sources, of any connection type or resolution, including robotic Pan-Tilt-Zoom (PTZ) cameras.

B. Pan-Tilt-Zoom (PTZ) Camera Control
Control up to 4 robotic PTZ cameras directly from the User Interface, including camera orientation, zoom, focus and iris. Position presets with thumbnail preview make it easy to setup shots remotely and change angles on the fly.

11. Graphics
Display images, apply titles or present static graphics. Choose from and edit templates in a variety of styles and designs, or import your own graphics for a custom-branded live production.

12. Look-Ahead Preview Monitor
Setup and preview your next shot before it goes live, including any titles and overlays to be applied.

14. Live Virtual Sets
Get the look of a network-style studio, complete with real-time reflections and specular highlights. TriCaster 460 includes more than 30 HD virtual sets in a variety of styles and settings, each with multiple angles, customizable pan, zoom and pedestal animations, shot presets and support for interactive hotspots. 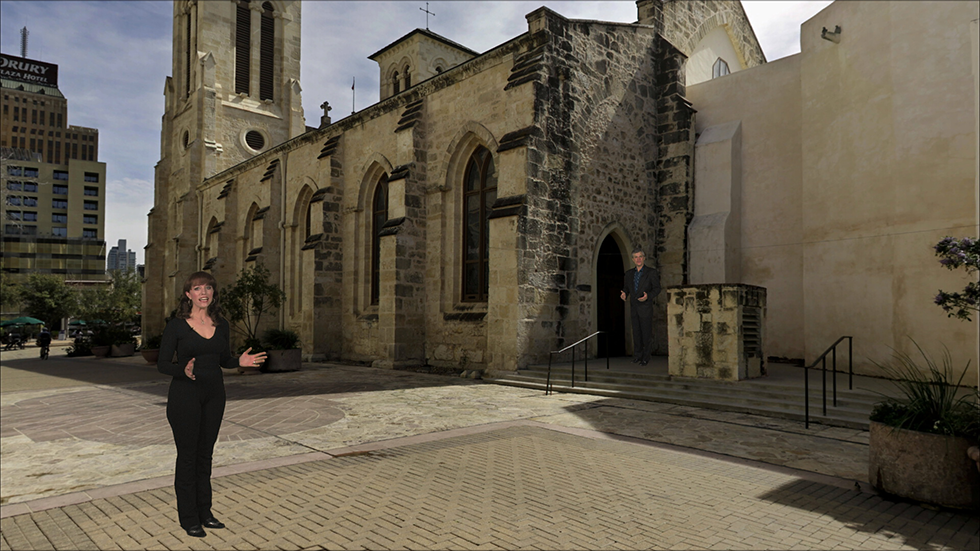 16. M/E Effects
Apply titles, graphics and spectacular effects to M/E compositions. Each M/E bus accommodates a transition effect between the A and B rows in Mix mode, supports a layering effect or virtual set in Effect mode, and includes a fully configurable Key layer with independent keying, positioning effects, transition controls and support for TransWarp effects.

20. Media
Load video clips, motion graphics, sounds, titles and stills of virtually any file format for live playback or overlay. Build playlists before or during a show, and save frequently used video and graphics collections as presets.